Brazilians Can Use EB-5 To Study In America

Brazilians Can Use EB-5 To Study In America

In our increasingly globalized economy, international cultural competency is becoming a highly sought-after skill. For that reason alone, the value of a bilingual, bicultural education cannot be overestimated.

Parents across Brazil understand the importance of ensuring their children maintain their competitive advantage by studying in the United States, learning English, and gaining work experience in America. In fact, Brazil consistently ranks among the top 10 countries of origin for all international students in the U.S., with the U.S. also being the no. 1 choice for Brazilian students studying abroad.

Increasingly, Brazilian parents are relying on the EB-5 immigrant investor visa program to help make these dreams a reality for their children. EB-5 is a permanent solution for Brazilian parents looking to have their families participate fully in the American Dream, providing their children with the maximum flexibility to study, live, and work abroad. EB-5 allows Brazilians to invest USD900,000 in a job-creating American enterprise and receive permanent residency (U.S. Green Cards) for their spouse and unmarried children under the age of 21.

Risking Your Child’s Future in a Lottery

Of course, EB-5 is not the only visa program available to Brazilian students. However, it offers multiple benefits not available through those other programs.

For example, the often-used F-1 Student Visa (F-1) grants foreign nationals permission to study in the U.S. Yet it imposes strict limits on where — and for how long — a visa holder resides in America. F-1 regulations stipulate that, simply to apply for this visa, foreign students must apply to their preferred university, be accepted, and show proof of ability to pay the international student fees (or sponsorship to cover all costs).

Even after all this effort, there is no guarantee that the U.S. government will grant the applicant’s F-1 visa requests. International students who do manage to secure an F-1 visa must then complete their studies within an allotted timeframe. After graduating, they must either immediately find a job (and apply for another visa such as an H1-B), extend their education (e.g., by commencing graduate studies), or return immediately to their home country.

Consequently, hundreds of thousands of international graduates risk losing their residency status each year because they cannot secure employer sponsorship. Although those students can enter a lottery to extend their authorizations, it is highly competitive and offers an increasingly limited number of H1-B work visas. Of the more than 200,000 individuals who applied for an H-1B visa in 2019, only 85,000 were accepted. And even if the foreign graduate wins the lottery, they must renew their visa periodically and are subject to denial by the U.S. government.

Meanwhile, the EB-5 program continues to modernize. Legislation currently being debated in the U.S. Senate — S.2778, the Immigrant Investor Program Reform Act of 2019 — would reduce EB-5 waiting periods. If enacted, this law would allow approved immigrant investors to live in the United States while awaiting their Green Cards.

With the EB-5 visa, however, international students are free to study at the post-secondary institution of their choice. This is true regardless of the college’s geographic location or type. Most importantly, EB-5 visa holders face no restrictions regarding what they study, for how long, or how long they choose to stay in the United States.

Due to their permanent resident status, EB-5 visa holders are not required to leave America upon graduation. Becoming a permanent resident of the United States also unlocks academic and financial benefits for your child that are not available to F-1 students, such as scholarships and U.S. government-backed financial aid to cover academic fees or costs.

Another significant advantage of procuring a U.S. Green Card via EB-5 is that many universities adhere to different fee structures depending on the status of the student applying. In general, fees for permanent residents and citizens are lower — often by thousands of dollars — than they are for international students.

Because they have earned permanent residency status, Brazilian EB-5 students can compete in the pool that will comprise 80 to 95 percent of an American college’s or university’s incoming class. 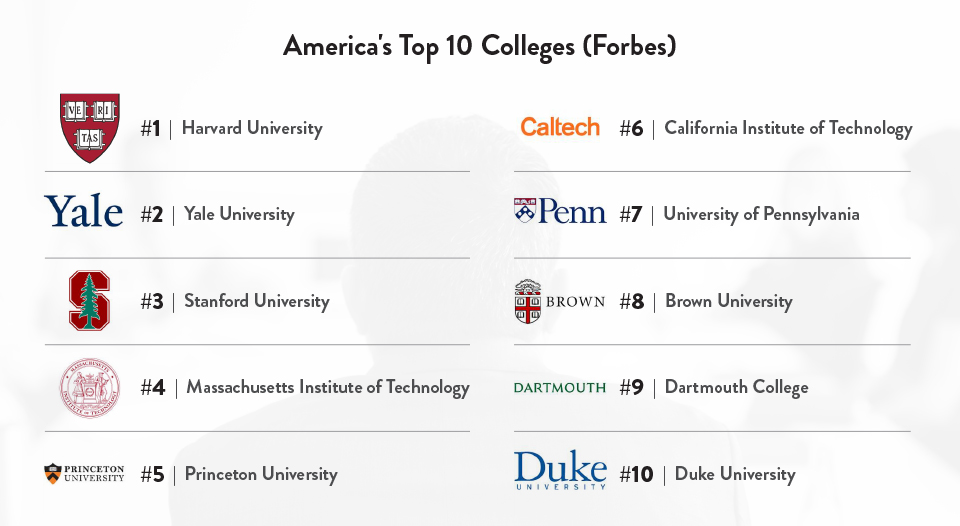 Massachusetts Institute of Technology (MIT) is among the top-rated engineering and technological universities in the United States. An undergraduate degree from MIT costs, on average, USD280,000, or USD70,000 per year for four years.

Unlike an F-1 visa holder, a Brazilian student who has become a permanent resident under EB-5 is eligible for need-based financial aid. In 2018-19, the average need-based award from MIT was about USD50,000 per year. Over the course of a standard four-year undergraduate program of study, the difference between financial aid awarded to a permanent resident versus an international student can add up to be hundreds of thousands of U.S. dollars.

EB-5 permanent residency may also allow Brazilian students to qualify for in-state tuition. The tuition rate that an international student pays to attend an American university is often two to three times higher than that of a U.S. resident.

At the University of California, Berkley (UC Berkley), one of the most highly regarded public universities in the U.S., undergraduate tuition and fees for residents currently total approximately USD14,409 per year. For international students, tuition and fees total USD46,472 per year — more than three times the in-state rate.

Multiplied over four years, the tuition savings for EB-5 visa holders versus F-1 (or other) visa holders can exceed USD130,000. Moreover, if a Brazilian family has three children who form part of their EB-5 visa petition, these savings can represent an amount equivalent to 43 percent of the initial EB-5 investment itself. 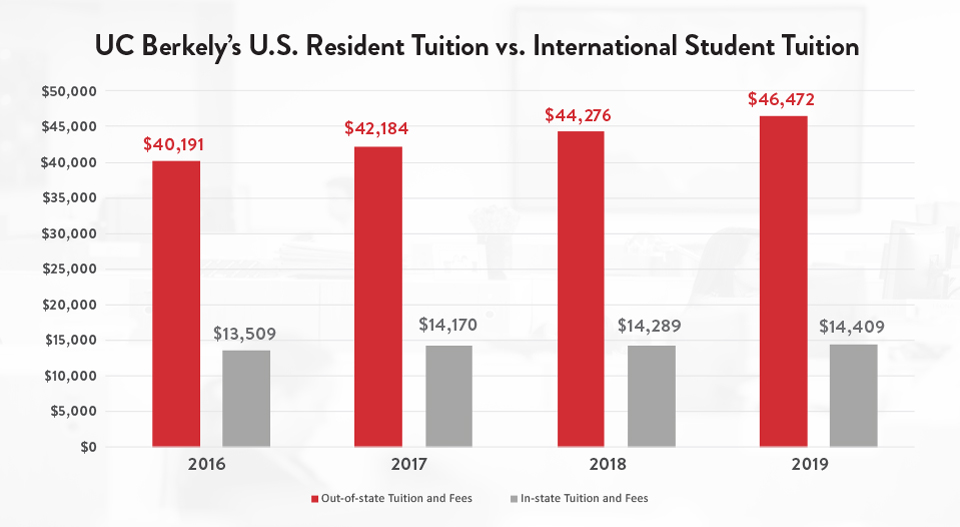 Attending college, university, or a trade school in the United States also provides Brazilian students with opportunities to participate in internships at some of the world’s biggest and most innovative companies, many of them listed on the Fortune 500. Following graduation, Brazilians can interview and work with any employer in the U.S without having to renew their visa or rely on a sponsor organization.

Getting a Head Start: Attending High School in the U.S.

Brazilian parents do not need to wait until their children are college-age to realize the educational benefits of EB-5. Brazilian EB-5 students can also attend high-school in the U.S. Whether the student attends an elite boarding school or graduates from a U.S. public school, they and their families can reap substantial benefits. These include English-language training, pre-college counseling, and additional opportunities to adapt to U.S. teaching methods, styles, and expectations.

In short, if attending a university in the U.S. is the goal, then getting college-ready by attending an American high school is the best option for Brazilian students.

Families all over the world seek out elite U.S. boarding schools in hopes of preparing their children for placement at top-tier universities. The cost of an education at one of these elite boarding schools is often equivalent to that of a college education. However, acceptance rates at these schools, especially those that serve as a pipeline for Ivy League institutions, is particularly high.

Thanks to their permanent residency status, Brazilian EB-5 high schoolers stand a much higher chance of being admitted to these prep schools than other international students. Additionally, they may qualify for U.S. resident tuition discounts and financial aid. 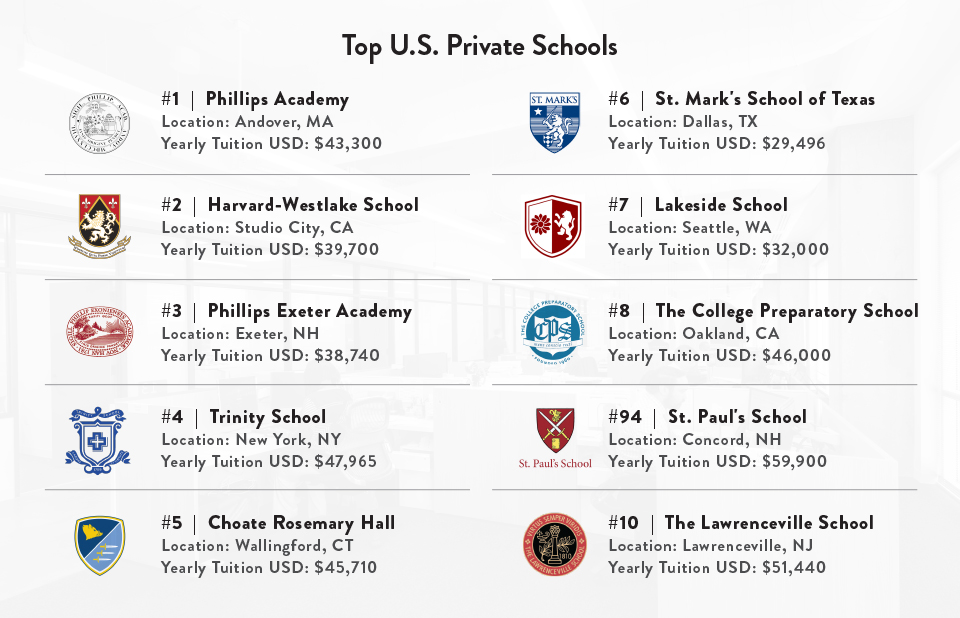 An American education, whether it takes place in a public high school, preparatory academy, public college, or private university, is an immersive experience. It can also be a life-changing experience. By forging friendships within their diverse cohorts and exploring the full range of personal development opportunities on offer in the U.S., EB-5 students from Brazil will find they have even more freedom to excel in their chosen field.