Keep the Jobs, Stop the Fraudsters

Keep the Jobs, Stop the Fraudsters

Yes, the EB-5 program needs reform, but it’s far too valuable to dismantle

A recent Wall Street Journal op/ed by John Vecchione and Anne Weismann raised legitimate concerns about fraud and corruption charges in the EB-5 immigrant investor visa program. These include a well-documented, $200 million Ponzi scheme perpetrated in Vermont. In that case, one might argue that the system worked: those fraudsters were caught, prosecuted, and will pay for their crimes. But we can and should do better by pursuing reforms that will more effectively deter fraud and abuse and help authorities detect it sooner. 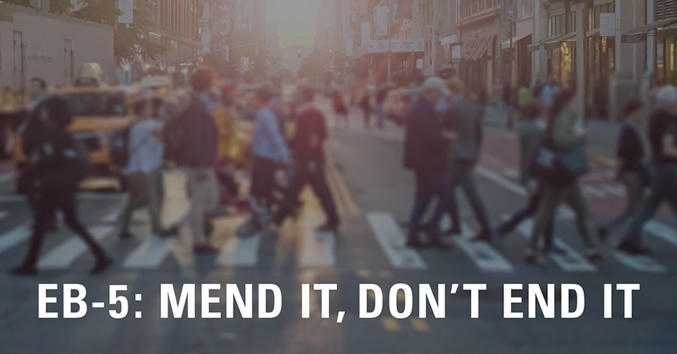 I respect and echo Vecchione and Weismann’s calls for good, clean government. But they badly overreach in their call on Congress to shutter the entire EB-5 program. Members of Congress on both sides of the aisle have adopted a sound approach: mend it, don’t end it. That’s because EB-5 is a proven economic stimulus and job-creator. Unlike nearly every other government program, no taxpayer dollars are used. But like every government program where someone’s money is at stake—which is to say, every government program—there are crooks and fraudsters who seek to exploit gaps, weaknesses, and play the odds that they won’t get caught. But we don’t shutter Medicare because of the fraud and abuse that plagues it. We aggressively prosecute those who abuse the public trust and give law enforcement tools to deter and detect fraud.

In fact, the examples cited by Vecchione and Weismann—several of which are bad business deals and not instances of fraud—amount to a tiny fraction of the overall project volume and contribution to the U.S. economy and job-creation. Vecchione and Weismann cite the Vermont case – “the largest EB-5 fraud in U.S. history” – as a prime reason for getting rid of EB-5. Indeed, it was a terrible instance of fraud. But let’s put it in context. That high-profile case represents just over 1 percent of the estimated $18.4 billion of EB-5 capital investment in the U.S. through regional centers from FY2010-15. As well, Vecchione and Weismann conveniently ignore peer-reviewed studies that show the overall economic impact of EB-5 investment from that period: more than 300,000 U.S jobs created, $43 billion contributed to GNP, and $5.7 billion paid in U.S. tax revenue at federal, state, and local levels. In short, EB-5 fraud is a tiny percentage of overall investment, and the program has been an economic boon. 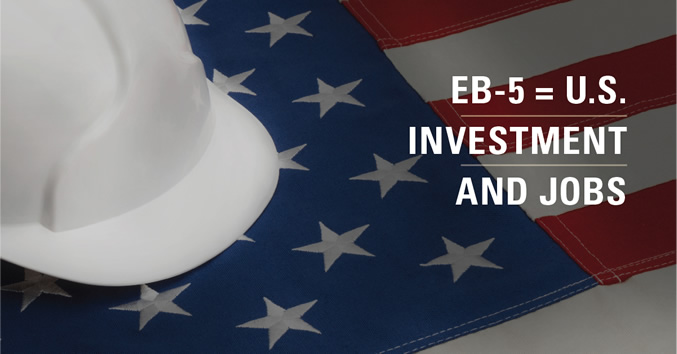 Why can’t Congress seem to muster the will to fix EB-5? I would argue that Congress’s failure to legislate integrity reforms to the program is not a failure of will. A robust package of integrity reforms to EB-5 would sail through both chambers. The good actors in EB-5, which are the overwhelming majority of stakeholders, have strongly advocated for integrity reforms. But what we have is a classic case of letting the perfect be the enemy of the good. Rather than passing common-sense integrity reforms as a standalone item, leading congressional players have insisted upon a wholesale makeover of the program. And industry, for its part, is not blameless. Industry stakeholders have failed to coalesce around broader reforms that would steer more projects to rural and poor urban areas. And it has not done enough to showcase its good work—allowing a handful of bad actors to sully the reputation of the whole.

What do those commonsense integrity reforms look like? It’s worth noting parenthetically that a robust regulatory and enforcement regime already exists. Jurisdiction over EB-5 is shared by the Securities and Exchange Commission, the Department of Homeland Security, FINRA, and numerous state agencies. But it would be naïve and disingenuous to deny that major improvements are unnecessary. Consensus reforms include: creating a fraud prevention fund; eliminating any foreign government involvement in regional centers; and providing new authorities and resources for site visits to ensure that jobs claimed are jobs created. Congress could also encourage higher standards of adherence with federal securities laws by requiring EB-5 projects to have an affiliation with an SEC-registered investment adviser.

I and my fellow industry stakeholders remain committed to working with Congress to pass these needed reforms so that the good work being done by EB-5 can continue—and even expand it to create more economic growth and jobs. If Congress is going to insist on a comprehensive makeover of the program, industry needs to accept that fact, resolve its internal differences, and work with Congress to nail down the final package. As the data show, the EB-5 program is too vital to our economy to be derailed by politics. 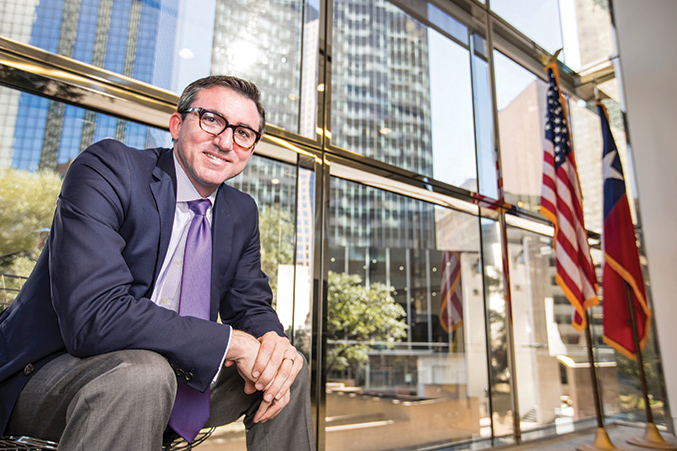 Fill out the “Contact Us” form below for more information on EB-5. Someone from our team will be in touch soon to answer your questions!