The EB-5 Visa Offers A Safer Haven To Brazilians

High-net-worth individuals from Brazil are looking to leave home in bigger numbers than ever. The U.S. investment visa program can help them plant roots in a new land.

Something very disconcerting has been going on in one of the world’s most beautiful cities. In Rio de Janeiro, crime has become so prevalent, very few feel completely safe. Earlier this year, e-commerce executive Marcelo Caio Correa de Melo heard a loud bang outside his office. “It was a grenade let off by criminals running from the police,” he told the Wall Street Journal. His father was mugged a few months later. Now, de Melo is leaving his home country, taking his wife and children with him, and emigrating to Portugal.

He’s not alone. All of Brazil has been roiled over the past couple years by political scandals, public financing shortfalls, a massive economic decline, and a rising crime wave. The economy is growing at an anemic 1.47 percent, and is likely to slow before the year is out. Unemployment nationwide is more than 12 percent.

The turmoil is leading high net worth individuals to look for safer havens — even if they have to leave home to find them. Some 2,000 Brazilian millionaires left the country in 2017, according to The Global Wealth Migration Review, a joint report from Johannesburg-based market researcher New World Wealth and AfrAsia Bank.

That’s a hefty percentage of the 165,000 high net worth households reported to be in Brazil by Capgemini Financial Services. And it helped rank Brazil among the top seven nations in millionaire outflows last year.

Many are leaving for Portugal. Some 85,000 Brazilians are now thought to live in the only other country in the world where Portuguese is the primary language. Other Brazilians are coming to the United States, which is the second-leading destination for high-net-worth Brazilian emigres.

More wealthy emigres may soon join those who have already left. A Brazilian polling agency recently reported that just more than half of Brazil’s richest citizens want to leave the country.

But some 15 percent of the 2,000 wealthy Brazilians who left their home country last year came to the United States through a visa program known as EB-5, according to the U.S.Department of State.

EB-5 stands for “employment-based, fifth-preference” and is alternatively called the “immigrant investor visa.” To qualify, foreign investors must put at least $500,000 into a real estate project that creates no fewer than 10 jobs. The benefits can be big. Through EB-5, foreign nationals who invest in U.S. real estate can be granted permanent residency, as can their immediate family members. They also, of course, will have a stake in the hot U.S. property market.

Because of this market opportunity, Brazilians have been increasingly drawn to EB-5 visas in recent years. The number of EB-5 visas issued to Brazilians is up 88 percent from 2016 and 729 percent from 2015. Last year, Brazil was the third-largest EB-5 nation, trailing Vietnam and of course China, which has long led in EB-5 applications.

“There were 282 immigrant visas granted to Brazilians last year, and a lot more are likely to be granted in the future,” says Manuel Ortiz, Director of EB-5 at Civitas Capital Group. “The interest in EB-5 is incredibly high in Brazil right now because the benefits for Brazilians coming to the U.S. are also high.”

One example of that interest: This past September, more than 250 executives turned out in Manaus, the capital of the Amazonas region, for a sold-out presentation on how to obtain the EB-5 visa.

For those who are thinking of joining the growing ranks of Brazilian EB-5 applicants, there are several things that make EB-5 an especially appealing choice right now.

ONE: The path to citizenship

With an EB-5 visa, a foreign national can obtain a U.S. Green Card, which allows permanent resident status in the U.S. Foreign nationals can also be placed on a path to permanent U.S. citizenship. Immediate family members of EB-5 visa holders — including spouses and children under the age of 21 — are eligible for the same benefits.

Anyone with a Green Card can live, work, or retire anywhere in the U.S., as can citizens.

TWO: U.S. political uncertainty could change EB-5 in the near future

The U.S. government caps new EB-5 visas at 10,000 per year, and although the program has long been extended on a temporary basis along with the spending bills that fund the bulk of the U.S. government, a longer-term extension is likely later this year, but with a raise in the minimum investment from the current $500,000.

That could make obtaining an EB-5 sooner rather than later a money-saving move.

THREE: Brazilian EB-5 Visa holders will find a community they recognize in the U.S.

Some one million of the three million Brazilians believed to be living abroad already reside in the U.S. And strong financial ties exist between the U.S. and Brazil. The state of Florida, where many Brazilians have chosen to live, has a huge trading relationship with Brazil. Some $18.6 billion worth of total business flows between the South American nation and the state — the largest connection Florida has with any single country. The two most popular places for relocation for Brazilians, outside of Portugal, are Miami and Orlando.

That means Brazilian investors who obtain EB-5 visas will be able to leverage a business community of their fellow Brazilians who are already at work in the U.S.

“For Brazilians, the EB-5 Visa allows access to U.S. real estate investments, residency in the U.S., and potential connections to a large group of people who they have much in common with,” Ortiz says. “That’s a huge upside for Brazilian EB-5 holders.”

To request more information from a Civitas representative, please complete the form below. 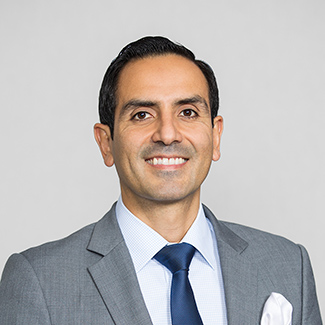 Meanwhile, check out the Civitas EB-5 brochure for more info.