Should H-1B Visa Holders Apply for EB-5 to Get a Green Card?

Should H-1B Visa Holders Apply for EB-5 to Get a Green Card?

Young people from India in the U.S. on H-1B, F1, or other types of visas are exploring the long-term benefits of permanent residency through EB-5. 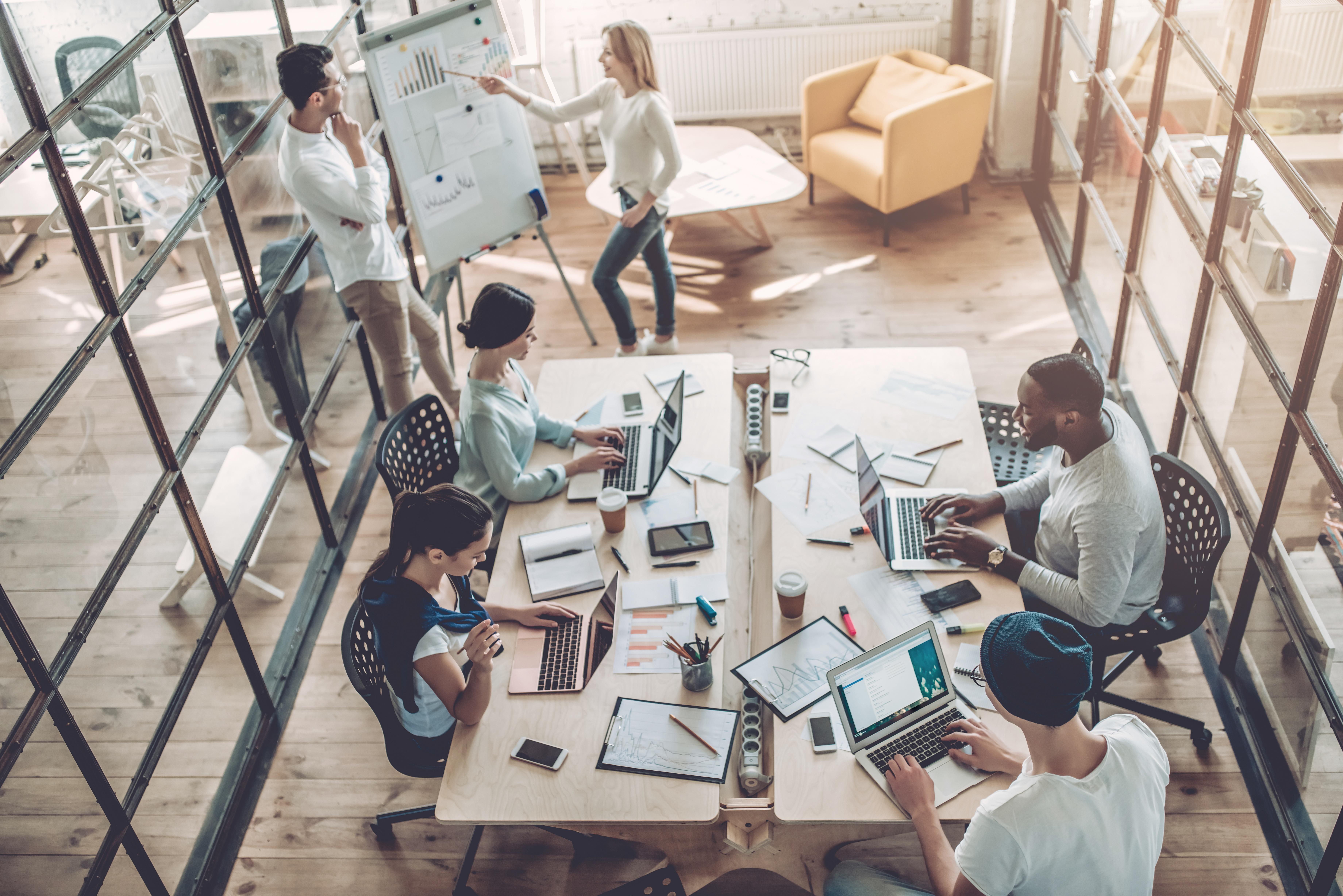 Ishaan Khanna was living the American Dream – but he was worried it could soon go away when his student visa expires.

Khanna, then a third-year student in his third year at Loyola Marymount University in Los Angeles, California, was in the U.S. on an F1 visa, on his way to a degree in Information Systems. He had a great internship at a nearby technology company that gave him valuable real-world work experience. That’s why earlier this year, as he told the Times of India, “I realized how much the United States had to offer someone like me – the professional opportunities I would have access to [in the U.S.] rather than in India.”

That’s why Khanna says he applied for an EB-5 visa – to join the increasing number of Indian nationals using EB-5 to provide a clear pathway to lawful, permanent residence in America.

What is EB-5 and how is it changing after November 21?

Under the EB-5 program, foreign nationals (and their spouses and unmarried children under 21) are eligible to apply for permanent residence (typically called a “green card”) if they are accredited, essentially meaning that they are lawfully able to:

Currently, those seeking an EB-5 visa can apply with a principal investment of $500,000 for enterprises located in what is known as a Targeted Employment Area (TEA) and $1 million for non-TEA projects. Effective November 21, 2019, however, this minimum amount will nearly double, increasing to $900,000 for TEA and $1.8 million for non-TEA investments. Moreover, since the TEA designation criteria are changing, fewer investment opportunities may qualify at the $900,000 level, making the EB-5 visa an even less affordable option.

Prospective investors weighing an EB-5 investment under the current rules have fewer than 60 days to act. Barring legislative action, $900,000 will be the new standard for the EB-5 program going forward. Based on Civitas Capital’s conversations with its advocates and allies in Washington, D.C., the possibility of such intervention is remote.

Especially for former international students in the U.S. on H-1B visas – which allow skilled workers to reside in the U.S. on temporary visas, but which are tied to one employer — the EB-5 program’s flexibility is an attractive aspect no matter when one applies, says Manuel Ortiz, Civitas Capital Group’s Director of EB-5 Investor Relations.

“EB-5 gives you more control,” Ortiz says. “With H-1B, you have to rely on a corporate work visa sponsorship, meaning you might pay the price of losing your legal status if choose to leave the company. Under the EB-5 visa process, so long as you qualify for investment and are approved through the immigration process, you have the freedom to apply to work anywhere you choose without having to depend on a corporate sponsorship. If you invest in the right risk-adjusted plan, that investment can pay off for you or your family – and get you the permanent residency you desire.”

According to CNN, Indian applications for EB-5 visas has recently “surged” due to H-1B uncertainty – important to Indians, as more than 70 percent of H-1B visas have been awarded to Indians in recent years. (As well, many industry experts believe there will be a surge in EB-5 demand just ahead of the November 21 deadline.)

The most recent full-year statistics reflect increased demand: 174 EB-5 visas to Indians were issued in fiscal year 2016-’17, an increase of about 17 percent over the previous year, according to the U.S. State Department. Given the political climate – lawmakers have focused recent visa questions on H-1B, and new EB-5 regulations expected by year’s end could increase the cost of that program to applicants – the increased interest from Indian applicants is unsurprising. Indian demand for EB-5 visas has “really become explosive in the past 12 months,” Neil Weinrib, an immigration lawyer based in New York, recently told CNNMoney.

While supply surges, demand is limited. “U.S. government only issues 10,000 EB-5 visas per year, with a 7% cap for each country, “says Civitas’ Manuel Ortiz. “With EB-5 rapidly gaining popularity in India, applicants might soon need to wait in line when the visa quota runs out. The sooner they apply, the less time they wait.”

Changing Indian demographics helps drive this trend. According to the latest research from Morgan Stanley, India faces the largest urbanization wave of the 21st century. By 2030, seven of India’s most populated cities will house more than 10 million people each. Additional Morgan Stanley research says a “tidal wave of youth” is driving India’s economic transformation, putting it on track to become the youngest country in the world by 2020, with a median age of 29, highlighting the outsized role of it millennial generation in spurring growth.

“The country’s more than 400 million Millennials — those born after 1982 — account for a third of India’s population and 46% of its workforce,” says the research report. “They may be young, but they’re already the chief wage earners in most households, with millennial income contributing to 70 percent of total household income.”

“We are seeing more and more students and families from India who can afford to explore the EB-5 program as a viable means to achieving their dreams,” says Civitas’ Manuel Ortiz. “Every day we find more people who want to be educated on EB-5 options. It’s exciting to help give these people a greater understanding of the options they have before them.” 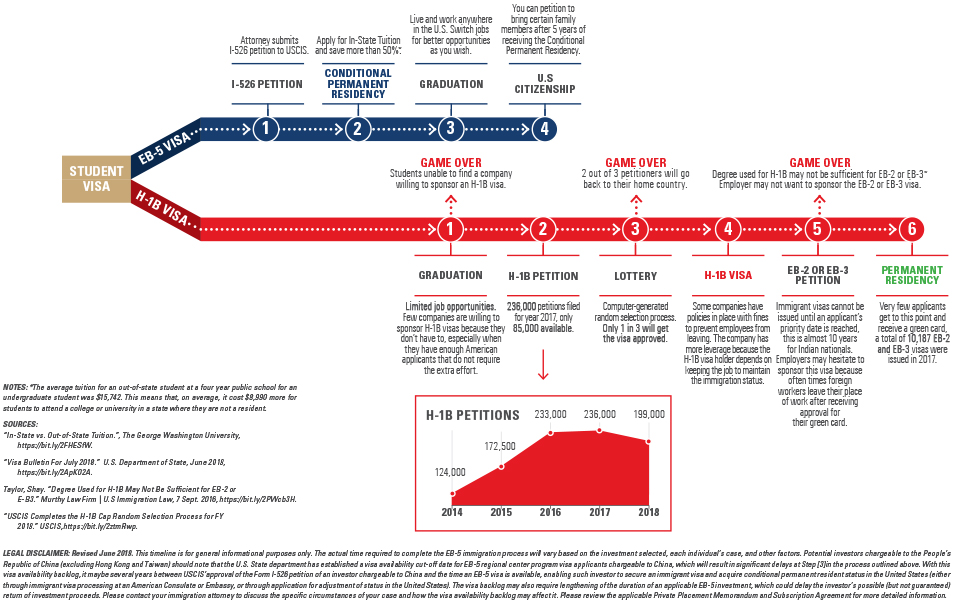